The trophy presentation for the 41St B2B was held on Sunday night after the race was completed. The Presentation was held in the Fraser Room at The Boat Club. Approximately 250 people attended. The raffle prize a beautiful canvas print taken from a photo from a previous B2B. The raffle prize was drawn by Jules who also donated the prize.

For the lucky sail draw, more than half the fleet, had a crew or skipper attend the presentation of trophies. One lucky skipper won The Gas Cylinder Webber BBQ at the end of proceedings.


The committee also thanks all the volunteers and the marine rescue organisations Coast Guard Tin Can Bay, Coast Guard Sandy Strait and VMR Hervey Bay for their continued support of the Bay to Bay

There were level 2 sponsors, The Hervey Bay Dive Centre who provided two boats, that supported the event in various ways as pin end boat for starts, finish boat, overnight accommodation and catering as a mother ship for the HBSC support crew that tracked the fleet from start to finish. Thank you Ed and Racheal Gibson for providing outstanding service.

The second level two sponsor was Harken Australian (Harken At the Front), a lot of lucky division and class winners of won a $200 voucher to purchase the best Yacht racing equipment money can buy, Thanks to Callum Cecil (son of Trevor an original organiser of the B2B) for providing the sponsorship.

If 41st B2B was a good experience for you, you can keep the memory alive, our official photographer Jules was on the water both days and took thousands of photos, your boat is guaranteed to have been photographed multiple times over the two days of the event. For more details find her advertisement in the 41st B2B Souvenir program.

To view or purchase an electronic copy of the photos taken during the event go to Jules web site julesmagic.com or email jules@vidpicpro.com, you can also call Mob 0438320750

Hard to imagine he doesn’t use his mirrors. ... See MoreSee Less

Memories from the race. Chrystal Waters in the Bay to Bay race flying his kite. ... See MoreSee Less

What an awesome sight, so much colour racing up the Great Sandy Straits.
The images are uploading and you can start to check out your images and relive the race.
Many thanks to all the volunteers who made the race such a success. The weather gods for keeping the rain away. Rachel from HB Diving for being an awesome skipper.

Race Specials: (Same as Last Year)
View at JulesMagic.com
Options:
All the images of your boat for $88.
1. Email: Jules@VidPicpro.com to order.
2. Bank account is on my website. Ref Surname & Boat number Boat Name
3. Email me your race numbers.
Or Instant Download $25 each High Res or $15 ea very Low Res
Here is the link to the Gallery. Enjoy! 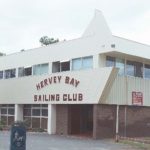 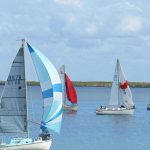